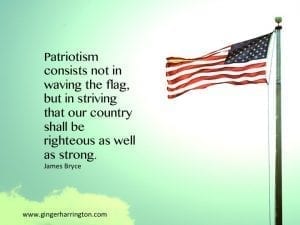 An American flag waving in the wind, never fails well up an emotional response of love for country.

I did not plan to be a military wife.

“Did I ever tell you that I want to go into the Marine Corps and fly jets?” I was shocked silent. Little did I know that this question was God’s way of introducing major directional change. This startling question came from Mark, a guy I had been dating for a just a few months.

All my if-this-works-out daydreams had never covered even a thought of active duty military life. Though my dad served in the Navy in World War II, I knew nothing of living life in the military.

I wanted to stay put in one place and live a predictable life. I had no real-time context for the military life.

I wasn’t quite sure about this whole military service thing. A few months later, while Mark was gritting it out in OCS, Officer’s Candidate School, a co-worker asked if we were talking about marriage.

Welcome to the Marine Corps.

Time passed, and my once-civilian boyfriend became my lean and green Marine husband. I will never forget the swordsman at our wedding who whacked me on my backside with a drill-instructor firm, “Welcome to the Marine Corps, Mrs. Harrington!” That was the first time I was addressed by my new name.

Twenty-two years later I can say without a single regret that military service has become both an honorable and a personal part of my life. It has shaped our family life in countless ways. 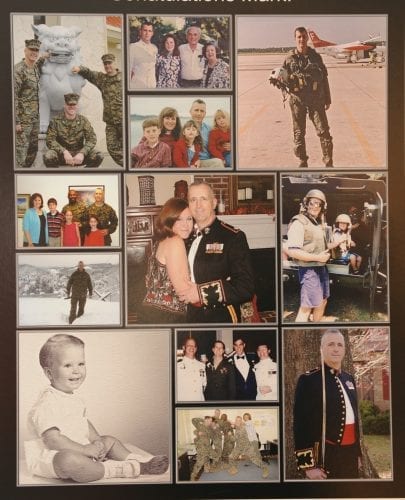 These are just of few of the core values that permeate and sustain the military family. Though I may have been a reluctant military bride, I am so proud of my husband and all that he has given to both our nation and our family.

Today, I know that I am not alone in gratitude for those who have served our country through military service.

Just a few weeks ago, my husband retired. As they placed the folded flag into his hands, I exhaled a soul-sigh of relief that he had survived 24 years of service healthy and whole. I had not realized that somewhere deep inside, I had been holding my breath. Tucked away out of sight was 24 years of resolve and fear of what could happen if… 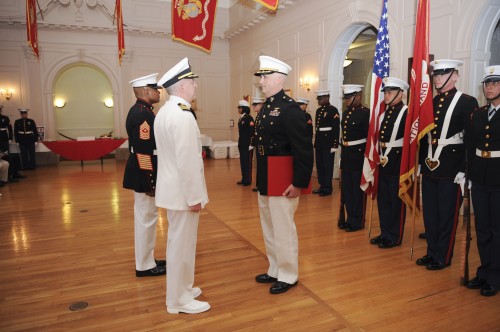 I know through personal experience many times over that many who serve in our military do not come home. Too many do not have the opportunity to celebrate retirement with family and friends. My heart breaks for each one of these families both past and present.

Truly we are the home of the free because of the brave.

Please feel free to show your honor for our military by passing this post along.

Honored to Be a Military Wife This Memorial Day

Tis the Season for Military Moves

When You Need Courage to Say Hello