Retiring from the Marine Corps 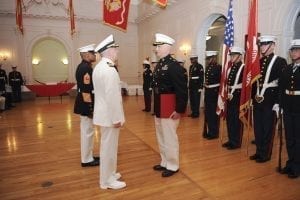