When You Are Desperate to Be Forgiven 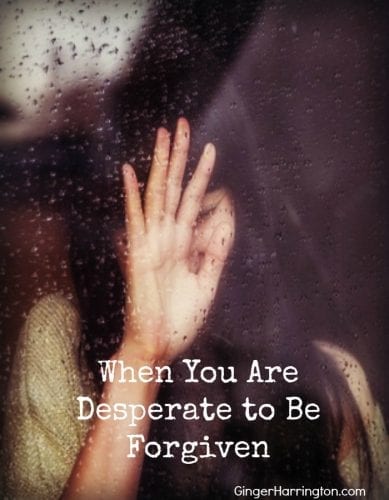 She’s a woman with a past ruined with hard living and bad choices. She can’t remember the last time she could walk down the street free from the weight of shame. When was the last time life was good and hope seemed real?

When did she become desperate for forgiveness?

Hanging her head, she tries to slip by unseen. Women stand outside houses chattering about their children as the hot sun beats down. She feels even more alone.

She walks faster as the women notice her. She’d run if she could, just to avoid the pain of facing what she’s become. She is notorious, a wicked sinner—probably the worst in town. Fingers point as pleasant talk turns harsh with snide comments. Over the sound of the breeze, she can hear the condemning gossipers listing off her latest sins.

They’re not saying anything worse than she says to herself.

How can she find forgiveness to start over, when she can’t even forgive herself? 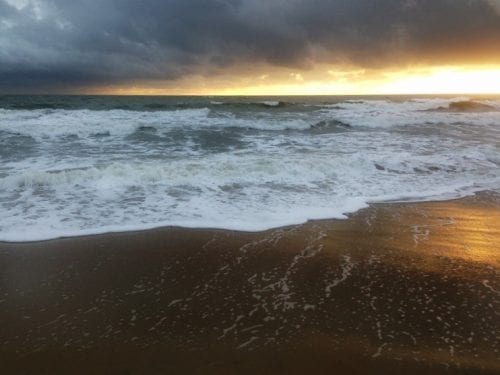 If hopeless was an ocean, she’d be drowning.

The conversation turns as someone asks, “Did you hear Simon invited the Rabbi—that Jesus—to dine at his house today?”

Her heart stops for a moment as a tiny spark of hope flickers. Could he? Would he? Forgive her?

Sometime later, Jesus reclines at the table having dinner with Simon, a respected religious leader.

Bold with desperation, this woman acts with courage born of one last hope to turn a wreck of a life around. She is nameless, known only by a label: sinner. Some might say she is grasping for the wind by daring to enter Simon’s house.

The Beauty of the Broken

Uninvited, she weeps loud and hard, as broken-hearted women mourn their dead. The pain and bitterness of knowing exactly what she is can no longer be contained in the presence of the One who heals the sick and forgives the sinner.

Tears won’t stop as she begins to wash His feet. She doesn’t dare to look up. With shaking hands, she wipes His feet with her hair. She pours out the only thing of value she has left, a small vial of perfume. It is the last bit of the life she dreamed of long ago.

“Now when the Pharisee who had invited Him saw this, he said to himself, ‘If this man were a prophet He would know who and what sort of person this woman is who is touching Him, that she is a sinner’” (Luke 7:39).

The weeping sinner stands stark against the judgmental pride of the religious man. Simon, confident in his position as a Jewish leader, looks on with disdain that follows self-importance. Worlds apart, Simon has done all the right things and this woman has thrown her life away with notorious sins.

Past and position couldn’t be farther apart between Simon and the woman, but Jesus reveals the greatest difference is the condition of their hearts.

Criticism comes easy. Simon cannot see this woman as a humble sinner, desperate for forgiveness and undone with devotion for Christ. With distorted vision, Simon sees himself as the one in the right. Telling a simple story, Jesus reveals Simon’s faults, uncovering the cracks in the façade of self-righteousness.

“‘A moneylender had two debtors: one owed five hundred denarii, and the other fifty. When they were unable to repay, he graciously forgave them both. So which of them will love him more?’ Simon answered and said, ‘I suppose the one whom he forgave more.’ And He said to him, ‘You have judged correctly’” (Luke 7:41-43).

In reality, they are both sinners, but the woman knows her sin and seeks forgiveness. Simon, confident in his own righteousness, has nothing but criticism for both Christ and the woman.

In this moment, the tables have turned, and Simon is the sinner. 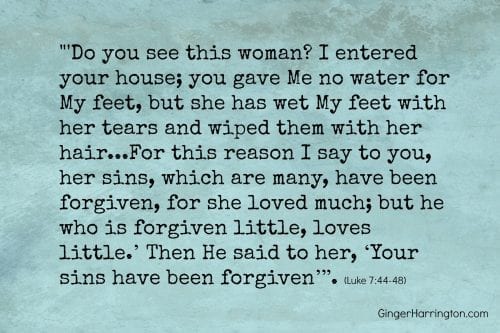 Rather than condemning the woman, Jesus points out Simon’s lack of common courtesy. Simon neglects to welcome his guest with a kiss, a glaring oversight compared to the woman’s emotional act of devotion.

When you are desperate to be forgiven.

Reject the lie that what you have done cannot be forgiven.
Powered By the Tweet This Plugin

Perhaps you feel there is no hope for real forgiveness and change. You’ve gone too far for too long, and you’re drowning in a sea of hopelessness. Maybe you’ve done things you never thought you’d do and you cannot forgive yourself. “How can God possibly forgive me for…,” is a constant thought that tortures your soul.

My Friend, be encouraged by the boldness of this nameless woman. Prayerfully put yourself in her place. Pour out your heart to Christ and believe that you will be forgiven just like this brave, broken woman weeping at the feet of Jesus.

Believe Jesus has the authority to forgive every sin, including yours.
Powered By the Tweet This Plugin 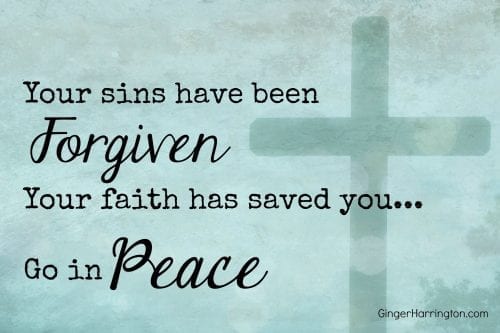 Today, choose faith over self-condemnation. Ask for forgiveness and listen to Him say to you,  “Your sins have been forgiven…. Your faith has saved you; go in peace” (Luke 7:48, 50).

Won’t you share this post with anyone who needs to find peace when they are desperate to be forgiven?