Social Media: Everything We Need to Know We Learned in Kindergarten 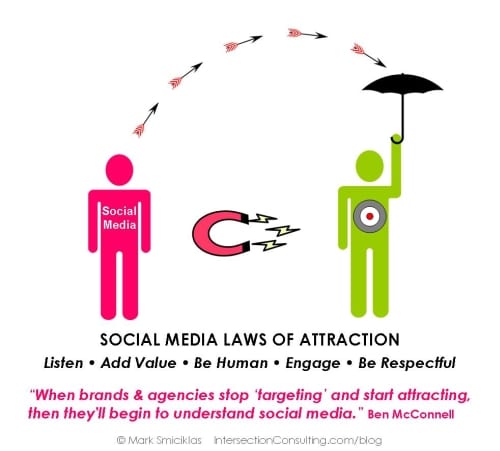 As I got more deeply involved in ministry and began writing seriously, all of the experts agreed that social media is a must for building a platform to share your message. At that point, I began to be more open-minded about using social media.

Don’t let the title of this post fool you, when it comes to the technical details of social media, we didn’t learn that in kindergarten. I still have a ton to learn. Today’s tot’s may be learning to tweet their abc’s and pin their favorite story books, but for those of us over 30, there is a lot to learn.

However, when it comes to the etiquette of relating to people through social media, we really did learn what we need to know in kindergarten.

How to Play Nice: The Value of the Golden Rule

Be friendly and personable and treat others the way you want to be treated.

The goal of social media is to engage with people, build relationships, and share information. It is important to get beyond self-promotion and share personality in your communication.

1. Introduce yourself, say hello before sharing information or asking for something in online interactions.

You would never meet a new colleague and before even saying hello ask them to promote your ministry. Don’t overlook basic manners when interacting online.

2. Treat others the way that you want to be treated.

This covers a lot of territory. If you want others to be kind, be kind first. If you want someone to share your posts, share theirs. If someone leaves a comment on your blog, return the favor. When folks are gracious enough to mention you on twitter, say thank you and check out their feed for something to mention. Responding and returning the blessing lets others know that you care.

3. Respect others in all that you say online. <Tweet.

Sticks and stones do break bones and words can hurt deeply. There are many folks who somehow believe that the somewhat anonymity of online communication makes it okay to be rude and opinionated in a disrespectful way. If you’re not sure what I’m talking about, just read your FB feed during elections or check out the comments on a child’s piano recital on youtube.

How are you building relationships through social media?

Three Things I Learned From Depression

Am I Willing? Living Out the Foot-Washing Lessons of Christ. Part 1

When You are Afraid You’re Not Good Enough