We owe a debt we can never repay to the brave men and women who have paved the way to the freedom with their lives. As we remember ultimate sacrifice of our nation’s fallen, may we also remember the many levels of sacrifice of our nation’s military and their families.   As a military spouse, Memorial Day is a deeply personal and meaningful day of great importance for me. Consider the many stresses and sacrifices of our nation’s military and the families who love them as I share a few of my favorite quotes to honor Memorial Day. 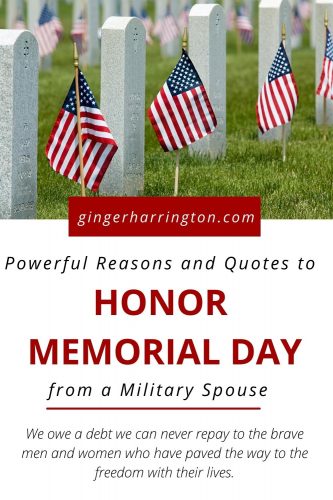 My husband served twenty-four years in the Marine Corps. When we were dating, I had no idea the direction God would take us in the future. I remember the day Mark nonchalantly asked, “Did I ever tell you I want to fly jets for the Marine Corps?”

As if you ask a question like that any old day. . .

“Um. . . ” Long silence. “No, you’ve never mentioned it,” I said once words would come out of my mouth.  Good thing there was a door on the car because I could have fallen out of my seat.

I was not expecting that. I never planned to be a military spouse. You can read the whole story in this post.

Time passed and like scores of women before me, I said, “I do,” committing my life to a handsome, brave young man in a military uniform. From. our wedding day until he retired after twenty-four years of service I tucked away a fear for my husband’s safety. The knowledge that he could lose his life in this dangerous profession buzzed a low-level static in my heart.

Military life holds many kinds of sacrifice for military families.

There are many kinds of challenges and levels of sacrifice for warriors and their families. Some are temporary, while others entail permanent losses. As we remember the sacrifice of those who have given their lives to defend our nation, we are also grateful for the willingness of every service member to offer the ultimate sacrifice if necessary.  Commitment, courage, and patriotism, and honor run deep in the veins of our military.

The sacrifice of a mobile life-style.

The stress of frequent moves and loss of support systems is hard for most military spouses, particularly ones who have never lived far from home. Changing schools and neighborhoods can be hard on children. One of our girls was in 5 different schools in 5 years. That’s a lot of transition for a teenaged girl. I struggled with severe anxiety in many of our moves. I tell that story in the first chapter of my book you can read here.

The sacrifice of separations and deployments.

Another challenge military families face is the operational tempo of repeated deployments and training exercises. Cycles of in an out over long periods of time are difficult for marriages and families. Many military spouses struggle with feelings of anxiety and depression, as fear, isolation, and loneliness become all too familiar. When service members serve in dangerous locations, daily serving our nation in harm’s way, the level of anxiety rises.

The challenge for military marriages.

According to LendingTree, military members have the highest divorce rate of any profession.

“She knew what she was getting into when she married a military man.”

I’ve heard this callous comment many times. This kind of off-hand comment is unfair to both service members and their spouses. Few couples know what the reality of military life will entail and every couple’s experience is different.

To brush off the hardships service members and families face because they “knew what they were signing up for,” is thoughtless and ungrateful.

The threat of invisible wounds.

An unseen hardship that many military members face includes PTSD from combat casualties and extended exposure to traumatic events. Though many strides have been made to diagnose and treat PTSD, there is still some level of stigma that prevents too many service members from reaching out for help.

Health risks of serving in the military.

Physical wounds from combat and training exercises are a very real danger for every service member. Lives are forever changed when warriors come home wounded. Every military family knows this is a possibility when warriors serve in harms way. We try our best not to worry about it, but the risk is a sacrifice for those who serve in our nation’s military.

Long-term impact on health is another sacrifice of many military members. We have several friends who did not lose their service member to combat, but lost them to cancer or neurological issues due to exposure to toxins. This is a more difficult statistic to track, but it is another challenge many veterans face.

According to DAV, a nonprofit organization supporting veterans, military members are at risk for injury or illness from exposure to toxins including, Agent Orange,  Airborne Hazards and Open Burn Pit, Depleted Uranium Follow-up, Gulf War, Ionizing Radiation and Toxic Embedded Fragments. Toxic drinking water and side-effects of vaccinations are additional threats to the health and well-being of some military members.

Serving our nation with honor, commitment, and bravery, both service members and their families face higher than normal rates of divorce and suicide. Nate Howland, director of a suicide watch agency stated, “We lose over 6,000 US military veterans to suicide each year. And in context, we’re losing veterans at a rate of one and a half to two times higher than civilians.”

Awareness of the many sacrifices and stresses. of military life help us to have an even deeper respect and gratitude for every fallen warrior. We grieve with the families who mourn the loss of loved ones.

As you enjoy Memorial Day this year, consider these powerful quotes that express the value of what these brave men, women, and families have sacrificed. 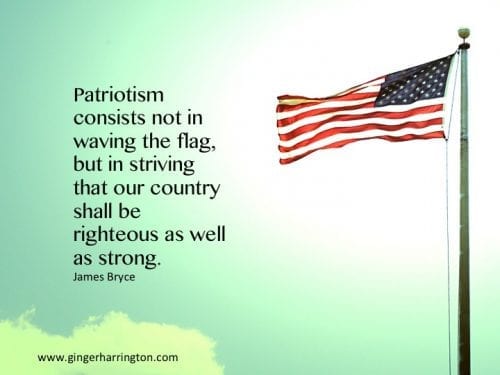 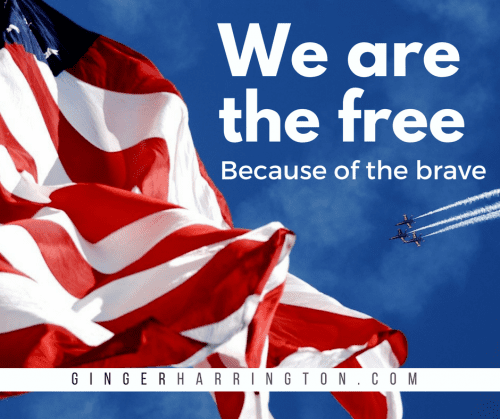 This Memorial Day we remember the fallen, paying honor to veterans who have sacrificed their lives protecting our nation. This is a debt to both service members and the families who love them that we cannot repay. I hope that sharing  these quotes alongside the many sacrifices of service members and families will inspire a deeper appreciation for all who serve in our nation’s military. 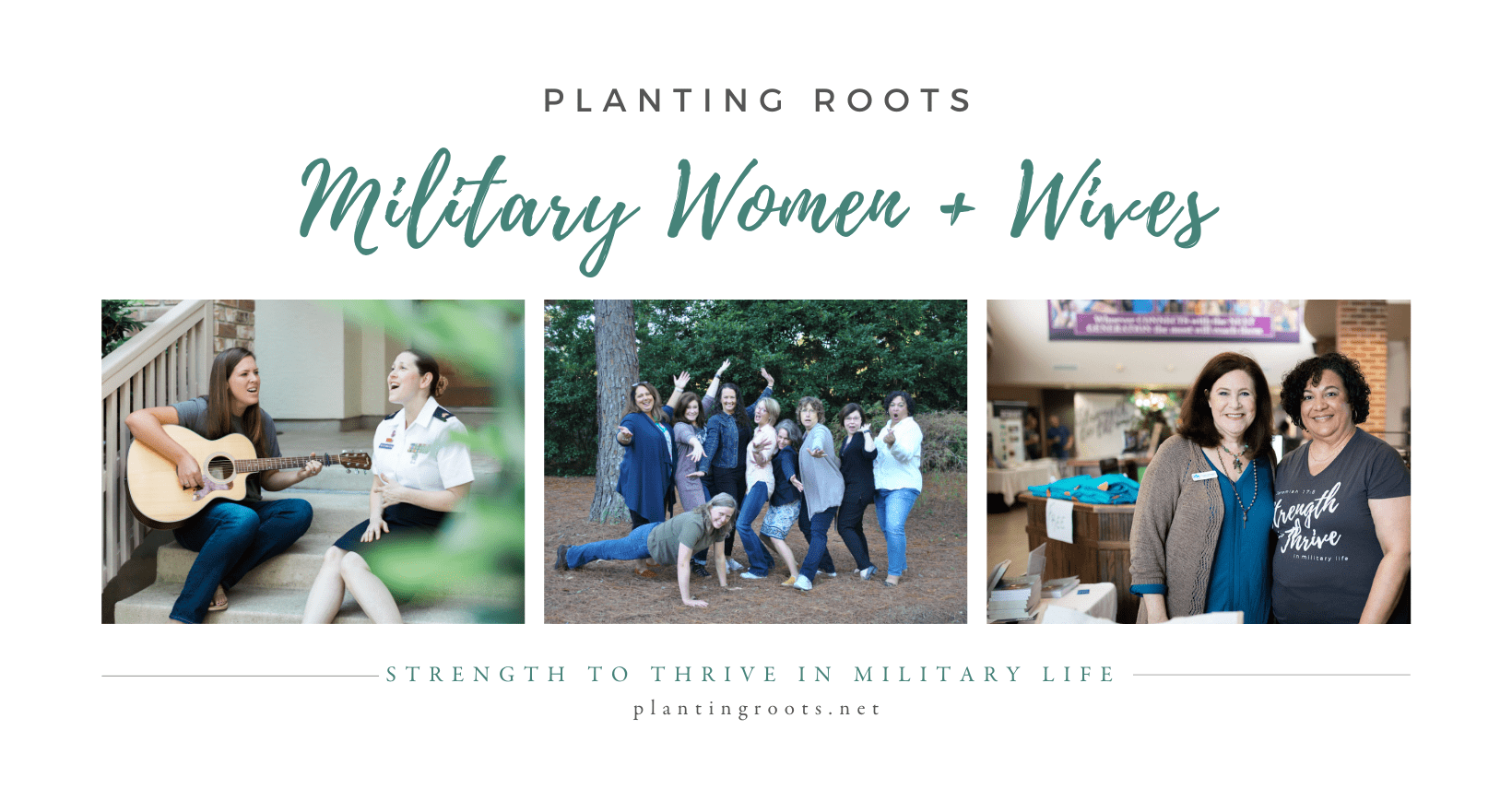 Strength to Thrive in Military Life

In 2014 a few military wives and veterans came together with a vision and a God-sized “What if?”  A founding member of Planting Roots: Strength to Thrive in Military Life, I have directed publishing and speak at conferences throughout the US. With a volunteer staff of over 40, Planting Roots, offers a community FB page, online content, printed Bible studies, the Deeply Rooted podcast, and live and virtual conferences–CA, KS, TX, TN, VA, GA, AZ, Germany and counting. Planting Roots Bible studies are in the hands of thousands of women in the military community. Check out our books on my resource page. It’s astonishing to see what God is doing with a single “What if?”

Tis the Season for Military Moves

Enough For Now: Just Do the Next Thing

Recent Guest Posts at Guideposts and Wives of Faith